Eggshells and garbage disposals are a debatable topic among most plumbing experts. While some argue that the fragile shards can benefit the garbage disposal, others vehemently disagree. So, which one do you listen to?

We’re here to clarify the rocky relationship between eggshells and garbage disposals, so you don’t have to have a mini-debate with yourself. If you’re curious whether eggshells are safe to put down the garbage disposal, continue reading to learn more!

What Can I Put In The Garbage Disposal?

Garbage disposals are a handy addition to nearly any kitchen. They’re a great way to minimize food waste – instead of tossing small food scraps in the trash, grind them in the disposal and send them to the septic system.

However, although these devices are great for some food scraps, you need to be careful what you send down there. There’s a specific list of safe food scraps that can go down the garbage disposals. A few of these food items include:

What Foods Can’t Go In The Garbage Disposal?

If you have a garbage disposal in your home, you’re probably familiar with certain foods that should never go down the drain. Certain food scraps can cause clogs in the disposal or wrap around the blade, freezing it in place.

Some plumbing experts argue certain foods can go down the garbage disposal, as long as you follow with warm or cold water. However, a few of the major categories to avoid include:

Several of these foods can cause issues for the drain pipes beneath your sink, leading to larger problems that are even tougher to tackle than a clogged garbage disposal.

Can I Put Eggshells In The Garbage Disposal?

Eggshells are a common food scrap in many households. Whether you eat them for breakfast, use them in baking, incorporate them into cooking, or utilize them for one of their many use, you end up with eggshells.

If you have a garbage disposal, you may automatically send the fragile shells down the disposal, never second-guessing the action. However, this usually isn’t the best idea. Here’s the thing: eggshells in garbage disposals typically don’t end well.

Why? Well, think about the eggshell. You’ve probably noticed the thin membrane lining the inside of the shell when you crack it open. Sometimes, you may not crack the egg well enough, then have to break the membrane between the shell and the white carefully.

Although it doesn’t seem like it could be an issue, this thin membrane can wreak havoc on your garbage disposal. A single shell or two every now and again probably won’t cause any problems, but feeding the disposal a regular diet of eggshells isn’t a good idea.

The membrane can wrap around the blades, causing all sorts of issues. The buildup over time can become problematic, causing clogs in the drain. The shells don’t break down as well as other foods, so you may be left with an unwanted clog on your hands.

Clearing the clog and freeing the blade can be tricky, especially when the membrane wraps itself tightly around the blade. So, to avoid the headache, don’t put eggshells in your garbage disposal.

Instead, find another use for the scraps. There are plenty of options, so pick the one that makes the most sense for your home. Of course, you could simply toss them in the trash, but doing so contributes to the amount of waste you generate.

How Should I Dispose Of Eggshells?

Since eggshells really shouldn’t regularly go down your garbage disposal, what should you do with them? You have a few different options that don’t involve simply tossing the shells in the garbage. Here’s how to dispose of eggshells: 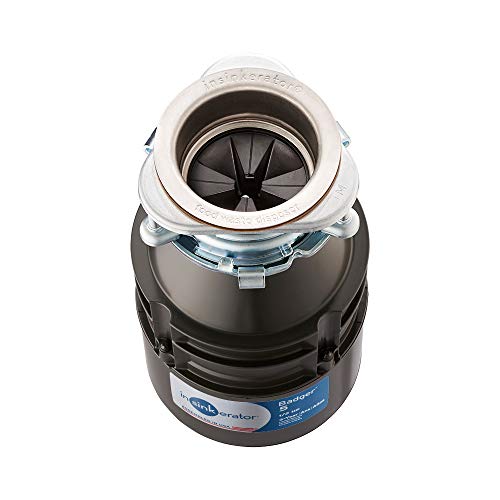 While some individuals may pass on advice to use eggshells to sharpen your garbage disposal blades, this isn’t a good idea. There are a few misconceptions surrounding eggshells and garbage disposals, but it’s usually best to avoid this.

Putting eggshells down the disposal won’t work in your favor (and it definitely won’t sharpen the blades), so it’s best to avoid this practice altogether. The membrane can get stuck around the blade, building up over time and causing stubborn clogs. Who wants to tackle a clog of egg membranes? Not us!