Perhaps you tried to conveniently whisk away excess food scraps in your garbage disposal, only to find out it’s apparently off the clock. It makes noise, humming along like it hasn’t a care in the world, but it doesn’t do its job.

So, you decide to do a bit of troubleshooting. You take a peek at the flywheel, but it’s not stuck because there isn’t a jam. Now what? Before you jump the gun and call an expensive repair company, let’s see what we can figure out. We put together a guide for navigating this particular problem, so keep reading to learn more!

Why Is My Garbage Disposal Humming But Not Jammed? 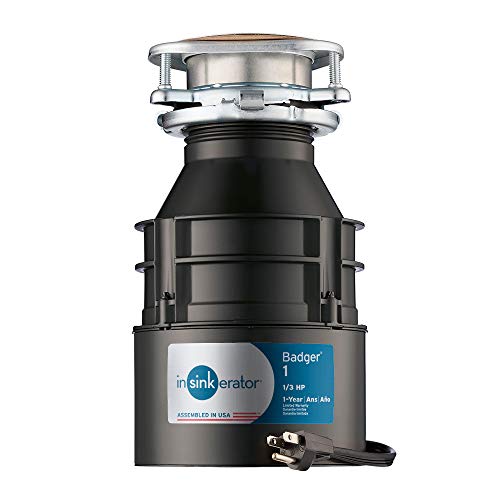 Generally, there are two main culprits causing the malfunction in your garbage disposal when it hums. First, the flywheel might be stuck. Second, the motor bearing may have ceased. Since you already ruled out a jam as the potential problem, it probably doesn’t lie with the flywheel.

Without adequate power, your garbage disposal might just hum instead of doing its job.

How Do You Fix A Garbage Disposal That Just Hums?

If your garbage disposal is humming but failing to do its job, there are a few different ways to fix it. Sometimes, these methods will do the trick, but not always. Garbage disposals generally last about ten years, so if yours is reaching the end of its lifespan, it might be time to replace it.

Before you start working through the potential solutions, make sure there isn’t food caught in the disposal. Sometimes, the blade can spin, but the food is stuck in the grinding chamber, causing a humming sound.

Oftentimes, your kitchen sink will clog as the blockage won’t allow it to drain. Ensure you run water when you run the disposal, as sending food down without water can cause blockages. Running water helps whisk everything along, ensuring things don’t get stuck where they shouldn’t.

We discuss this method in depth in our guide here.

If this seems to be the case, here’s what you’ll need:

Fill your sink about halfway with warm soapy water. Then, position the sink plunger over the drain. Make sure the cup fits all the way around the drain, or you won’t generate the suction necessary to dislodge the clog.

If not, move on to the following methods. 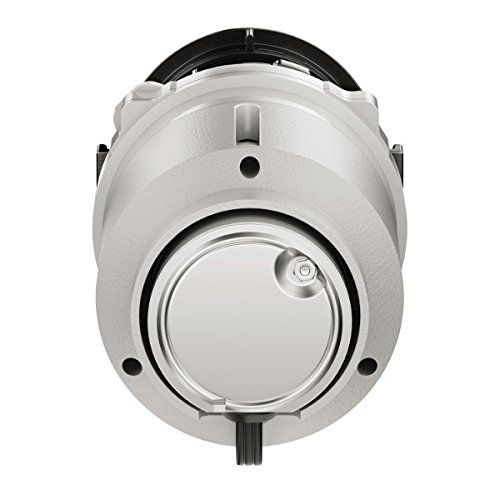 If the system smokes when it hums, it likely has a burnt motor or capacitor. It may be caused by a jam or clog, causing the humming sound. When there’s something stuck in the grinding chamber, the motor has to work harder than it usually does, often causing it to smoke or smell like smoke.

Start by turning off the motor and shutting off the power to the unit. Using a flashlight, look down the drain and check for any visible debris. If you can’t see anything, use the long object to rotate the grinding plates in the unit.

After you clear the grinding plate, plug the system back in and turn it on. Run cool water while you run the disposal. This helps cool down the motor as it runs and flushes any excess debris that may linger in the unit down the drain.

If this method doesn’t work and the unit still smokes/smells like smoke, there’s a good chance the disposal’s motor capacitor is burnt out. Unfortunately, in this case, you’ll probably have to replace the entire appliance.

Read through the owner’s manual for specific reset instructions. Usually, the directions are relatively straightforward, requiring you to press and hold the disposal. If you’ve been working on the humming issue for a while, give the disposal a few minutes to cool down before resetting the system.

By resetting the disposal, you essentially reset the current switch, which helps ensure the unit gets sufficient power from the GFI.

Before you reset the system, turn off the power. Make sure the switch is in the off position, then unplug it. Then, reset the disposal using the red reset button on the bottom or side of the unit.

At this point, it doesn’t hurt to check the circuit breaker your garbage disposal uses. Ensure that it is functioning correctly, and perform a reset as needed.

In some scenarios, the garbage disposal will hum, but the blades spin normally. When you check for resistance, you won’t find any since the flywheel isn’t stuck. Everything looks like it’s functioning normally, but it isn’t.

If you have kids, there is a possibility of a random foreign object ending up in the garbage disposal. So, some random thing might be hanging out at your disposal, allowing the blades to spin but preventing the system from functioning normally.

To check if this is the case, here’s what you’ll need:

First, start by cutting off the power to the garbage disposal. Make sure the switch is in the off position, then unplug it from the wall. Next, use an appropriately sized Allen wrench to open the disposal from the base.

If there is a foreign object hung up in there, you should be able to find it easily. Use kitchen tongs to reach in there and grab it. Don’t ever put your hands in the garbage disposal – it generally doesn’t end well.

After you remove the offending item, replace the garbage disposal base. Plug the unit back into the wall, then turn it on to check for humming.

In some scenarios, it may be best to enlist the help of a skilled professional. If your garbage disposal continues to hum, even though you’ve tried each of these methods, we recommend calling a plumber. While it might not be convenient, it may be your best bet.

However, that said, it doesn’t hurt to try troubleshooting the problem yourself. After all, it’d be pretty painful to pay several hundred dollars for a plumber’s services, only to find out the solution was a quick press of the handy little reset button.