LED lights can do things like power computers and form images on big screen TVs. They also make light up faucets. These are sure to impress. Guests love them, they are efficient, and you can see what’s going on in the dark. Plus they are fun, if you have kids it can help you get them to brush their teeth.

But when your LED faucet light is not working you may ask yourself: What the heck is going on? Let’s try and shed some light on the subject.

What is an LED?

Standard 5mm LEDs themselves have 3 important factors that allow them to work:

This is how a single bulb is powered. But what about an actual light? In faucets, and most LED lights, an array (or group) of LEDs is used to distribute a steady stream of light. This is similar to how your sink uses an aerator to distribute the water evenly.

How Do LED Faucet Lights Work?

There are hundreds of different LED sink light products out there. Some faucets come with LED lights in the nozzle straight from the factory. Otherwise you can buy a nozzle and fit it to your faucet.

LED lights in faucets typically produce from 1 to 8 different colors. A color changing faucet can change randomly, or according to the water temperature. A temperature sensor is used to assign colors to hot, cold, or medium (i.e. blue for cold, red for hot, and green for medium.)

Older light up faucets used either alkaline or coin cell batteries. If you shop for a LED sink light today, you will be hard pressed to find any battery powered ones.

Batteries are no longer needed. LED’s are powered by hydroelectric power, which has been around for over a century. The water flow runs the blades of a turbine to generate power that turns the LED sink light on. The magic of LED happens inside the aerator, the piece on the tip of the faucet that regulates water flow.

How to Take Apart an LED Faucet

Taking things apart may seem easy, but LED faucets are often made with plastic parts that aren’t designed to be taken apart and reassembled. These days, you can go on YouTube and find a ton of videos of people dismantling things, but not in a good way. If you completely take apart your LED faucet, you may end up with a bunch of broken pieces that are impossible to put together.

With that being said, there are plenty of products you can take apart and put back together. At the least you can inspect the light up faucet nozzle to see if there is anything obvious that you can fix. It’s as easy as taking off the nozzle, which is all you will be doing.

My LED Faucet is Not Lighting Up: What Can I do? 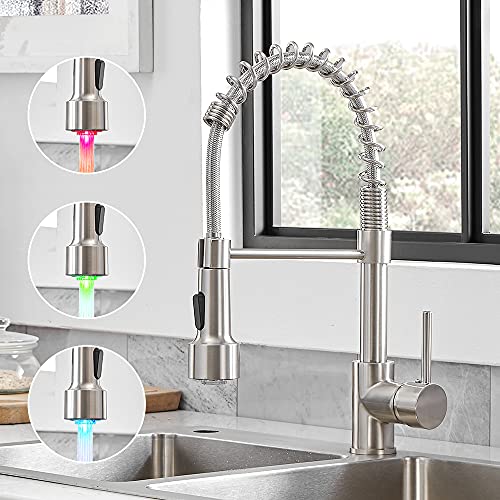 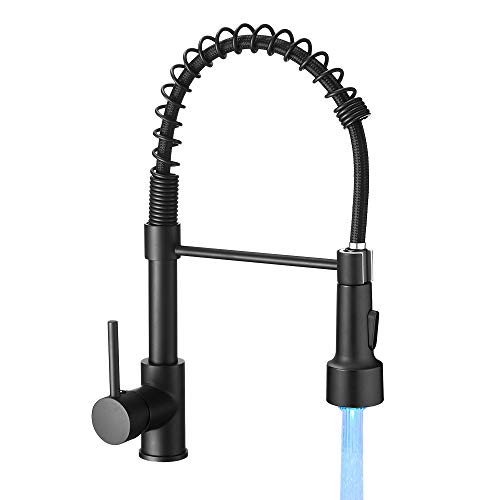 LED lights have a lifespan of 10 years or over 80,000 hours. Even if your LED sink light is broken, the faucet will still work. Most of the time the problem is physical damage, or a water pressure issue. Oftentimes a circuit board can fail due to a crack or failure, or the turbine isn’t getting enough pressure. Here are some tips to troubleshoot your faucet.

You may have the opposite problem, where your LED sink light is still on even after the water stops running. This means the power won’t turn off. This only happens with battery powered, since there is no power generated without water in hydroelectric faucets.

This can happen due to the built-up minerals in the faucet, or blockage from other impurities like dust. If this is the case you need to remove the aerator and clean out the faucet thoroughly.