Spigots, faucets, taps: all names for the same thing, right? They are all fixtures that water flows from, so that means they’re interchangeable, right? Well, not exactly.

There are a few differences that separate them, but for the sake of this article, we’ll narrow our focus to spigots and faucets. So, if this is something you’ve wondered about but never knew, keep reading to learn more!

What Is A Faucet? 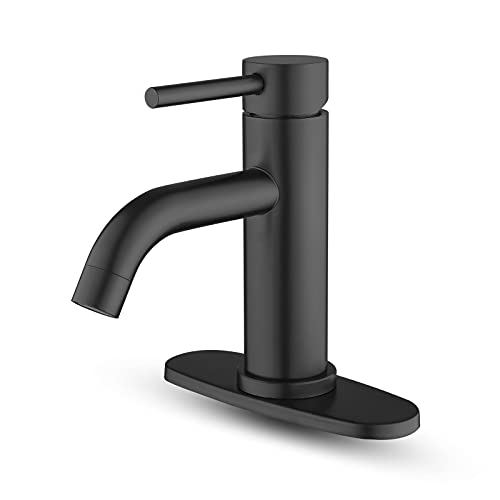 When you think of a faucet, you probably think of your kitchen or bathroom faucet. The term ‘faucet’ is common in the western world for the handy device that dispenses water into your sink.

Faucets come in various styles, configurations, designs, brands, colors, finishes, etc. Given the vast range of options, you can find a faucet to meet nearly any aesthetic. These fixtures are standard in bathrooms, kitchens, and laundry rooms, but they do appear in other applications as well.

There are various types of faucet styles. A few of the main styles include:

The list of features and options is lengthy, but the gist of what we’re saying is there are dozens of options.

What Is A Spigot?

When considering the term ‘spigot,’ many people think of the outdoor hose bib they use to hook up their hose and water their garden, wash their car, etc. Spigots are also called hose bibs or sillcocks, but they all refer to the same thing.

Some people may also refer to a spigot as an outdoor faucet. Part of the reason there’s the differentiation between a basic faucet and a spigot is the location. Spigots are located outdoors and have to contend with changing weather conditions. They’re designed to withstand the abuse from mother nature, whether it’s the blistering heat of summer or the icy grips of winter.

Usually, spigots have a gate valve. To operate the spigot, you simply have to turn the handle clockwise and counterclockwise to turn it on and off. For the most part, spigots only have one handle because most people don’t need hot water for outdoor uses. Cold water usually does the trick for most applications.

So, unlike faucets, spigots usually are straightforward and come in a generic configuration. They’re typically composed of brass or some other type of metal and feature a standardized thread that makes them compatible with garden hoses without any issues.

You can buy a frost-proof spigot that withstands colder weather better than regular spigots. These spigots have a rubber washer inside the body that compresses down to seal off the flow of water when the handle is in the closed position.

When you spin the handle shut, the washer compresses down into a seat, which is a groove inside the fitting. In the winter months, the wet rubber washer would freeze and crack. When water flows through the pipe, there would be spots where it could leak and drip.

Frost-proof spigots use the same principle as other spigots, but instead, have the gasket inside of the home. This helps prevent the washer from freezing and causing issues later on. These spigots feature a longer fitting, which allows the gasket to sit in its seat within your heated home.

What Is The Difference Between A Spigot And A Faucet?

The main difference between a spigot and a faucet is their location. Spigots usually appear in outdoor applications, like on the side of your house. Most people use spigots to connect their hoses for watering their garden, connecting a sprinkler, washing their car, or some other outdoor activity requiring water.

A faucet can technically be indoors or outdoors. For instance, you could have an outdoor kitchen with a faucet. It wouldn’t technically be a spigot, but it is still outdoors. However, faucets are typically associated with indoors.

You probably think of your bathroom faucet or the fixture in your kitchen that you use on a daily basis. Generally, faucets are set over a sink and used for cleaning and food prep. On the other hand, spigots are typically on the side of the house over a patio, grass, dirt, etc.

What Is A Spigot Faucet Adapter?

Faucet adapters are handy tools when you buy the wrong sized hose or don’t have an outdoor spigot. If you purchased the wrong sized hose, and it won’t connect with your spigot, you can buy an adapter to remedy the issue instead of buying a new hose.

Alternatively, if you don’t have a spigot, you could buy a faucet adapter that would enable you to connect a regular garden hose to an indoor faucet. While you’d probably have to get creative with how you feed the hose outside (if that’s where you need it), it’s doable.