Delta’s Touch20 faucets are handy additions to nearly any kitchen. They simplify everyday tasks in the kitchen, like turning on the water when your hands are covered in sticky bread dough or activating the water to rinse the hands of a wiggly child. However, like any product, parts of the faucet may begin to fail after a while.

So, what should you do when your Delta Touch20 faucet stops working? The correct repair steps depend on the problem, so it varies. This article reviews seven of the most common issues with Delta Touch20 faucets, along with a few repair tips and tricks, so continue reading to learn more!

Although Delta’s Touch20 faucets are well-made with quality materials, there may be times when things don’t run as smoothly as they should. Of course, some of these problems are easier to fix than others, but we’ll outline the next steps based on the situation in the following sections. 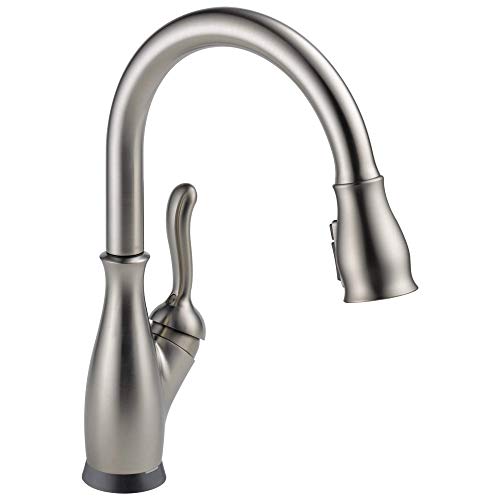 At the base of your Delta faucet, you’ll see a small LED light that indicates the status of your faucet. When everything is functioning correctly, the blue light will indicate the touch sensor is active. However, if the light is rapidly blinking red, the batteries in your faucet are nearly dead.

Sometimes, the red light might blink slowly, with a long hold between each flash. In this case, the faucet has encountered an error.

If your faucet is telling you that the batteries are almost dead, you’ll need to replace them sooner rather than later. The process is simple, and you’ll need 6 AA replacement batteries.

Start by locating the battery pack underneath the sink. Open the door to the battery box and remove the old, nearly dead batteries (be sure to keep them separate from the replacements). Next, insert each new battery according to the correct polarity shown on the box.

Reinstall the cap over the new batteries, and position the pack back in its original place. Verify the cable is free from obstructions, then check your faucet for proper function. If the light continues to flash after replacing the batteries, you’ll probably need to replace the solenoid valve.

If your faucet is blinking long red lights, this indicates an error with the system. In this case, you’ll need to check with Delta’s customer support for assistance.

When the blue LED light on your faucet doesn’t come on at all, a few things could happen. There might not be power to the system, or the wiring might be poorly connected.

First, check the wiring underneath the sink. Verify each connection is secure, ensuring the spout connector is firmly attached to the spout and solenoid wire. If these connections are loose, tighten them as necessary.

In some cases, the wiring might be OK, so it’s usually a lack of power leading to the issue. This is often the case if you notice a flashing red light a few days before the blue light goes out. So, if you haven’t already, replace the batteries in the box.

3) Constant Water Trickle When Faucet Is Off

Many kitchen faucets suffer from leaks and drips, even when the tap is off. While this problem is a nuisance, it’s usually an easy fix. The leak sometimes comes from a buildup of mineral deposits in the faucet’s aerator.

However, in other cases, it may be from a faulty solenoid that isn’t closing correctly. The solenoid in a Delta Touch20 faucet is the part that works with the sensor to control the flow of water from the supply inlet to the spout. When this component doesn’t seat properly, water can leak, causing a constant drip from the faucet, even when it’s off.

Before replacing the solenoid in your kitchen faucet, check the aerator in the spout. Minerals can build up in the aerator, allowing water to get stuck behind it and drip out after the faucet is off. Generally, the aerator is the culprit when the faucet only drips a few times after you turn the tap off.

If you think this is the case, fill a sandwich bag partway with a 50/50 mixture of warm water and white vinegar. Secure the bag to the faucet’s spout with a rubber band, then let it sit for a few hours or overnight, ensuring the entire spout is submerged in the liquid. After a while, remove the bag and turn on the water to rinse any leftover debris. Check for drips and proper function.

On the other hand, if the solenoid valve is the issue, you’ll likely need to replace it. You might be able to disassemble this component to check for mineral buildup (this can cause the problem), but this step can be tricky. So, we recommend contacting Delta’s customer support team for assistance, as your faucet is likely covered under warranty (you will need to provide a few things, such as proof of purchase).

4) Faucet Activates By Itself

Sometimes, the touch function on your faucet will activate by itself, turning the water on even though nobody is near it. When this happens, it’s usually the result of improperly installed grounding clips or poor insulation.

Before you start the following steps, be sure to disconnect your faucet from power, whether that means removing the batteries or turning off the circuit. Water and electricity can create a hazardous mix, so it’s better to be safe than sorry.

If your faucet turns on by itself, your first step in the troubleshooting process is checking the grounding clips (this applies to faucets manufactured before February 2009). So, check the grounding clips underneath your sink to ensure they’re still in place and haven’t moved due to daily use. Ensure they remain in their proper place, firmly grounded, and secured with tape.

If your faucet was manufactured after February 2009, it doesn’t require grounding. So, if you can’t find a green wire on your faucet, it likely doesn’t need grounding. Instead, check the spout insulation components. They should be securely in place to ensure the spout isn’t in electrical contact with the sink.

Troubleshooting the electrical components of a faucet can be tricky, as water and electricity don’t mix. So, if you’re uncomfortable handling this part of the repair, consider enlisting the help of a professional plumber.

5) Faucet Not Working At All 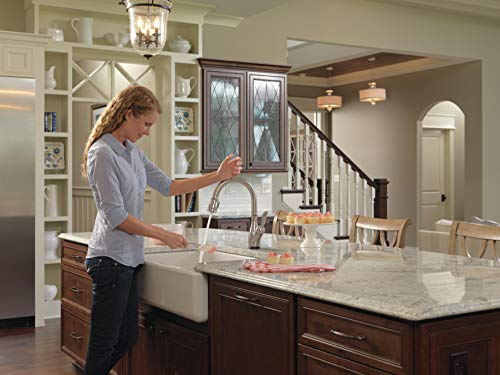 A faucet that doesn’t work at all is pretty useless, as it serves a sole purpose: to provide water. So, if your Delta Touch20 faucet isn’t working at all, there are a few things that could be wrong with it. First, it might not have power. While this might seem ridiculous, it’s easy to accidentally place one of the batteries in the wrong way.

Or, it could be due to wiring or insulation issues. Generally, it’s one of these three problems, so start there.

Since there are a few things that could be causing this problem, troubleshooting this issue might take longer than a few minutes. Start with the battery pack, as this is the easiest fix. Ensure each battery is correctly aligned in the pack. You might want to try switching out the batteries (in case they don’t work or are dead).

Double-check the insulation components underneath the sink if you have a metal or granite kitchen sink. Verify there is at least ½” of space between the faucet shank and sink. Lastly, if you have a Delta Faucet AC adapter, check that the outlet is grounded and on.

Sometimes, the issue might be with one of the faucet’s essential components, causing the entire tap to be faulty, so reach out to Delta’s customer support for assistance. If the fault is due to a defect in material or workmanship, Delta will likely replace it for you.

Although Delta’s Touch faucets are handy, they’re complex devices that require careful installation to ensure proper function. If something messes up the working conditions, certain parts might fail. For example, the touch function might stop working.

When this happens, it can result from crossed or blocked wires, failed batteries, metal connections, or a lack of water.

Generally, the touch function on your faucet isn’t working due to a lack of power. Check the battery pack for working batteries or verify there is power to the unit.

If everything looks okay, check the water in the unit. Sometimes, we’ll do maintenance on a faucet and forget to turn the valves underneath the sink back on. So, verify both valves are on and that there is water flow to the faucet.

Again, tinkering with the electric components of a faucet can be tricky, so if you’re uncomfortable handling this part of the repair, consider enlisting the help of a professional.

7) Only Part Of The Touch Area Is Working

Sometimes, one of the sensors will work on your touch faucet, while another sensor is unresponsive. When this is the case, it’s usually due to issues with the wiring underneath the sink. While this problem can be easy to fix, it might require the assistance of a professional, especially if the following fix doesn’t work.

If only one of your Delta faucet’s sensors works, it could be a wiring issue. Using your user manual (if you still have it), locate the wiring that correlates to that sensor. Rearrange the wiring as necessary to correct the problem.

A professional’s assistance might be necessary if the problem persists, as it could result from a failed component. You could also reach out to Delta’s customer support line for assistance navigating warranty terms surrounding issues like these. 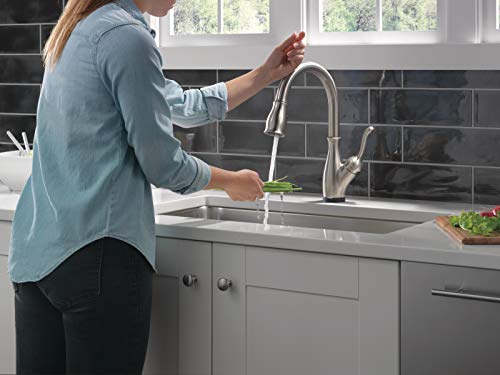 How Do You Reset A Delta Touch Faucet?

Resetting a Delta Touch faucet is a simple process you can complete in one of two ways. For the first method, you simply remove the batteries from the battery pack and wait thirty seconds before replacing them.

Delta’s Touch20 faucets work manually, like any other faucet. So, if the touch feature is on strike and doesn’t work, simply operate the faucet manually, like a regular kitchen faucet. 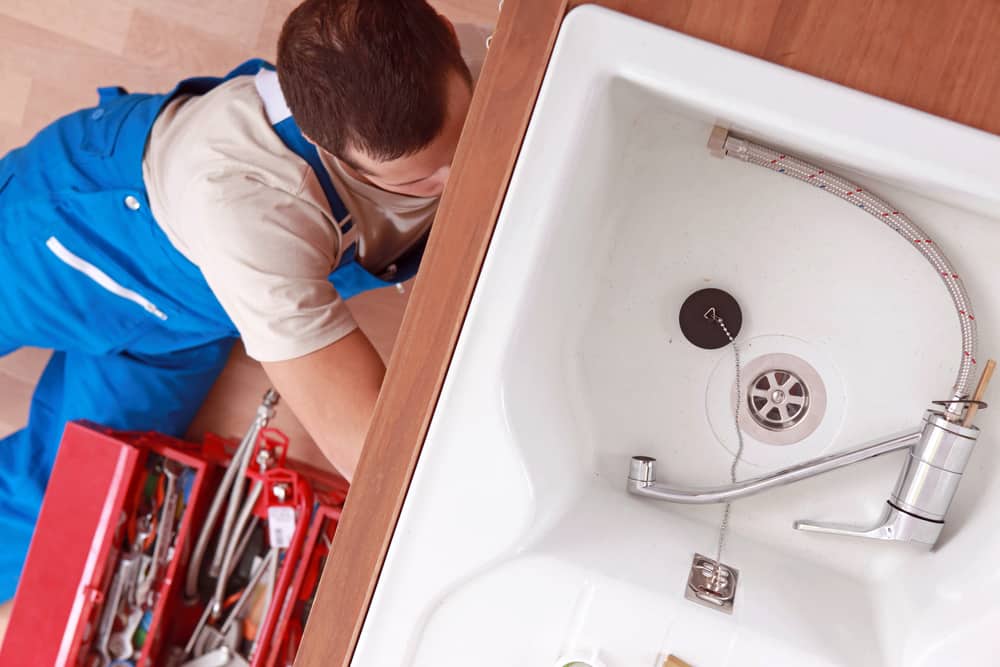 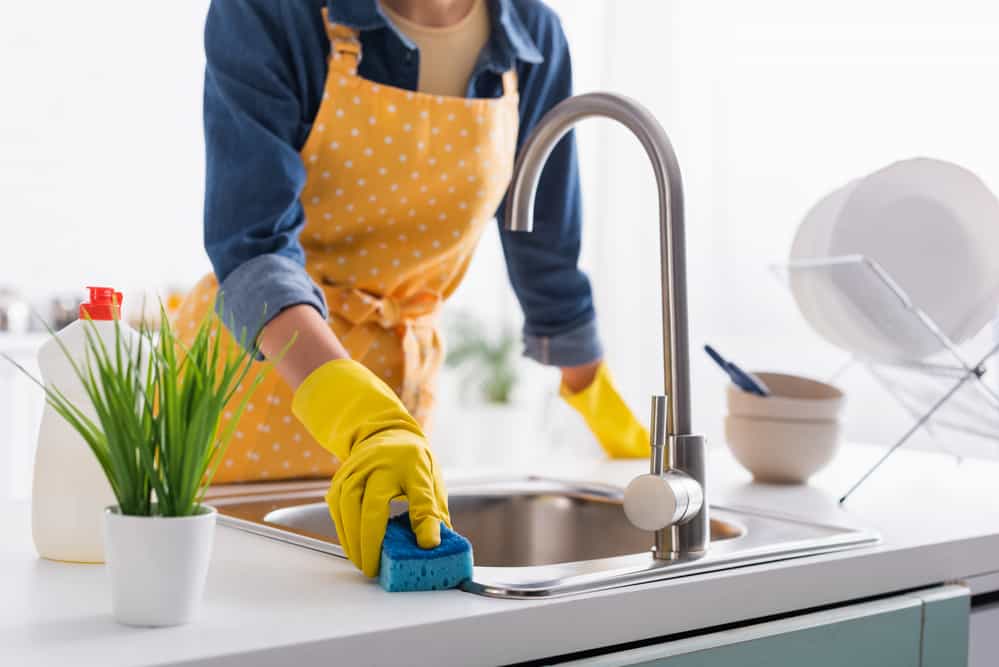 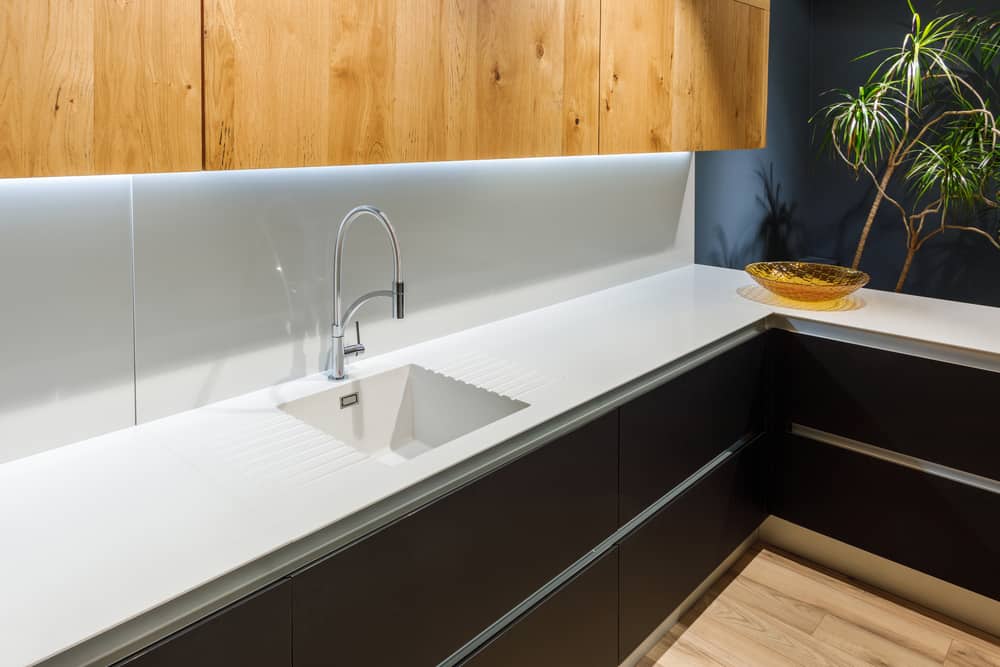